MADRID (AP) — The man accused of being behind one of the world's biggest money laundering businesses said he was arrested after refusing to disclose key technical details of his online operation to the FBI. 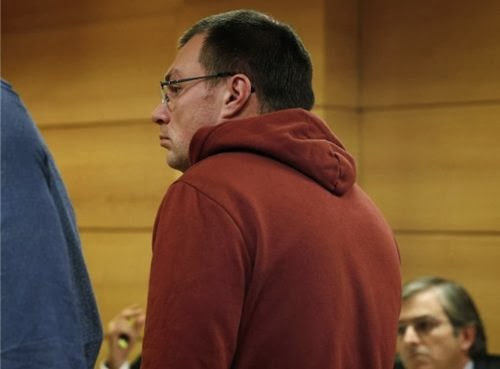 Liberty Reserve founder Arthur Budovsky, 40, was speaking at a court in Madrid nine months after he was detained at the city's airport on U.S. charges. He was intercepted on his way home to Costa Rica, where he was living after having renounced his U.S. citizenship.


U.S. officials accuse Budovsky of using Liberty Reserve — a currency transfer and payment processing company based on the Caribbean island — as a kind of underworld bank which handled some $6 billion worth of illicit transactions.


Answering questions from his lawyer, Gonzalo Boye, Budovsky acknowledged founding Liberty Reserve back in 2006, but said he sold his share in the business the following year and was kept on only as a consultant.


Budvosky said he had merely created a secure platform for online financial transactions. Liberty Reserve never accepted hard cash and cooperated with the FBI and other international law enforcement bodies in Britain, France, and Spain when the system detected suspicious transactions, he said.


Budovsky said he was the victim of witch hunt which began in 2011, when the FBI asked him for the source code for Liberty's Reserve. Source codes are full technical read-outs of a software program's operation, and although Budovsky didn't explicitly says why the FBI wanted it, he suggested U.S. authorities wanted to use it to undermine the business.


"I refused. It's like asking Coca-Cola for their secret formula," he told the court through an interpreter. "The truth is that the U.S. wants to protect its monopoly on financial transfer platforms."


Budovsky said that the confiscation of Liberty Reserve's servers, located in Holland, allowed the United States to access financial information on some 800,000 users and 44 million transactions.


He suggested he was also being singled out because he was considered a "traitor" for having renounced his U.S. citizenship and hinted that his Russian origin also played a role in his arrest.


Budovsky's lawyer argued that the evidence presented by the U.S. prosecutor would not be sufficienti to open a case in Spain. The European Convention on Extradition demands that the alleged offense must be a crime in both countries.


The U.S. Embassy in Spain did not immediately respond to an emailed request for comment on Budovsky's statements.


Spain's judiciary will decide in the coming months whether to order Budovsky's extradition to the U.S., a ruling which will then have to be ratified by the government. If extradition is refused, Budosky is free to go — he does not face any charges in Spain.