NEW YORK (Reuters) - A man who fled the United States with millions of dollars he stole from investors in a foreign currency investment fraud was sentenced on Wednesday to more than 15 years in prison.

Aleksander Efrosman, 51, had pleaded guilty to wire fraud in October 2012 after his extradition from Poland following a years-long international manhunt. U.S. District Judge Nicholas Garaufis in Brooklyn sentenced him to 188 months in prison and ordered him to pay $4 million in restitution. 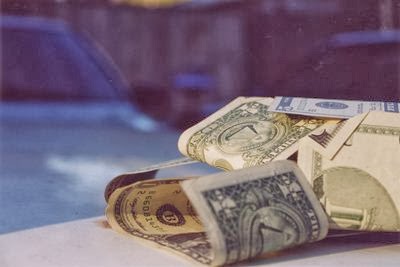 According to the U.S. Attorney's office in Brooklyn, Efrosman, a U.S. citizen, collected $5 million from investors between 2004 and 2005, claiming he would invest the funds in the stock market and the foreign exchange market. Instead, prosecutors said, he used the money for personal expenses, including a trip to a Foxwoods Casino during which he spent more than $3 million.

He fled the United States in 2005 with a fake Russian passport and an assumed name, traveling to Mexico, Panama and Poland, prosecutors said. At the time, he was still under supervised release following a 1998 conviction on charges of mail and wire fraud in connection with a different forex market fraud.

"This case proves the old adage: â€˜You can run, but you cannot hide," U.S. Attorney Loretta Lynch said in a statement after his sentencing.

Michael Schneider, a lawyer for Efrosman, did not immediately respond to a request for comment.

(This story was refiled to correct headline and first paragraph to show that Efrosman was sentenced to more than 15 years, not eight years)

Tweet
Posted by lunaticg
Labels: Forex, Investment, News
at 3:04 AM