Better Business Bureaus (BBBs) are warning consumers that several Ebola fundraising page on GoFundMe was created to raise donations for Amber Joy Vinson, the nurse who traveled from Dallas to Cleveland and is currently being treated in Atlanta for Ebola. Several BBBs across the U.S have also reported on phone solicitation from an organization supposedly raising money to help with Ebola. 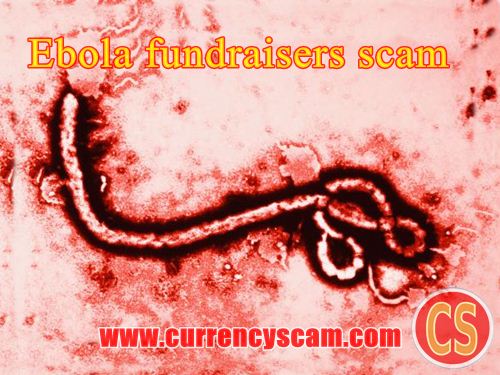 There are currently no FDA-approved vaccines or drugs to prevent or treat Ebola. Although there are experimental Ebola vaccines and treatments under development, these investigational products are in the early stages of product development, have not yet been fully tested for safety or effectiveness, and the supply is very limited.


What is Ebola fundraisers scam

You may get urgent appeals for aid by phone or mail, by e-mail, on websites, or even in person, claiming that they want to raise donations to assist Ebola victims or those out of work due to quarantines imposed after exposure to the virus. At this moment, there are more than 100 GoFundMe.com pages raising money for various Ebola campaigns.


BBBs also reported on phone solicitation from an organization supposedly raising money to help with Ebola. When pressed, the caller says he is from a famous charity’s chapter in the Bronx, New York. BBB Metro New York confirmed that no such branch exists and that the solicitation is likely a scam.


How the scam work?
1. They will try to make you feel an emotional connection between you and the Ebola patients. They will tell you a story about the victim that makes you think they are close friends/family with the victims.

2. Some of the fund claimed that the Ebola Victim family authorized their effort to collect donation and there is no legitimate source to confirm about it.

3. Most of the scammers are using GoFundMe pages to raised the money for the Ebola Victim but several bogus organizations have also been reported making a call claiming that they want to raise donations to assist Ebola victims.


How to Protect Yourself?
If you’re asked to make a charitable donation, Better Business Bureaus (BBBs) shared these tips:


1. Be alert for charities that seem to have sprung up overnight in connection with current events. “Look alike” websites resembling legitimate charitable organizations and international aid efforts are popping up. Check out the charity with the Give.org, BBB’s national charity review organization.


2. Donate to charities you know and trust. You want to find a charity with a proven track record. The CDC Foundation, a nonprofit organization established by Congress, has a Global Disaster Response Fund that supports the CDC’s work in West Africa.


3. Ask if a caller is a paid fundraiser, who they work for, and what percentage of your donation goes to the charity and to the fundraiser. If you don’t get a clear answer — or if you don’t like the answer you get — consider donating to a different organization.


4. Don’t give out financial information — including your credit card or bank account number — unless you know the charity is reputable.


5. Never click on links or open attachments in emails unless you know who sent it and what it is. Opening attachments — even in emails that seem to be from friends or family — can install malware on your computer.


6. Verify the origins of any email or text messages soliciting donations for Ebola aid efforts.


7. Don’t assume that charity messages posted on social media are legitimate or have been vetted. Research the charitable organization yourself.


8. When texting to donate, first confirm the number with the source. The charge will show up on your mobile phone bill, but be aware that text donations are not immediate.


9. Depending on the text message service used by the charity, it can take as much as 90 days for the charity to receive the funds.


10. Never send cash: you can’t be sure the organization will receive your donation, and you won’t have a record for tax purposes.