On February 11, Hong Kong Monetary Authority (HKMA) issued a statement to reminds public to be aware of the risks associated with Bitcoin. as reported before, Hong Kong Bitcoin Exchange MyCoin lost $387 Million of customers money. 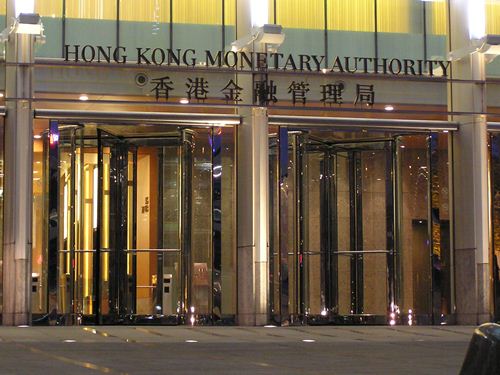 Here are the actual press release by HKMA:


Regarding media enquiries about reports filed to the Police concerning a Bitcoin company, the Hong Kong Monetary Authority responds as follows:
We noticed that people affected have reported their cases to the Police and the incident may involve fraud or pyramid schemes. The HKMA does not comment on the specific case.
The HKMA has repeatedly reminded the public through the media about the risks involved in Bitcoin trading. We would like to reiterate that Bitcoin is not a legal tender but a virtual “commodity”. As Bitcoin does not have any backing - either in physical form or from the issuer – and its pricing is highly volatile, it does not qualify as a means of payment or electronic money.
"Bitcoin and other similar virtual commodities are not regulated by the HKMA. Given the highly speculative nature of Bitcoin, we would like to remind the public to exercise extra caution when considering making transactions or investments with Bitcoin," said an HKMA spokesperson.
Hong Kong Monetary Authority
11 February 2015

On January 10, HKMA made a statement about risks associated with virtual commodities to all authorized institutions. HKMA don't support virtual currencies such as Bitcoin because of their associated money laundering and terrorist financing risks. HKMA advice Hong Kong authorized institutions to notify and discuss with the HKMA before they offers to customers any product that involves or is linked to any virtual commodity (irrespective of whether the link has economic substance or is simply for marketing purposes).

Tweet
Posted by lunaticg
Labels: Bitcoin, e-currency, Investment
at 7:45 AM