People who make an investment with Mycoin, a Hong Kong-based Bitcoin trading company fear they have fallen victim to a scam after it closed down, a lawmaker said Monday, adding losses could total HK$3 billion (US$386.9m).


Leung Yiu-chung said his office recently received reports from dozens of investors in Hong Kong who paid a total of HK$40 million into the scheme run online by MyCoin, but the total loss may be vastly more. 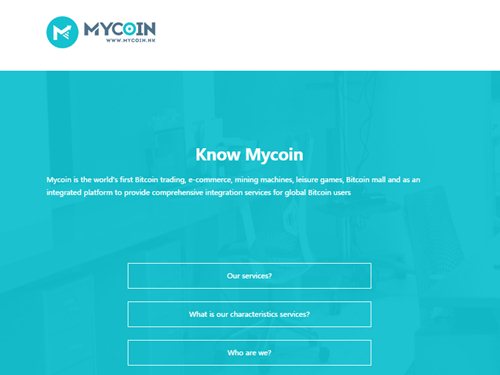 “The number of cases is increasing. These two days I received calls about more than 30 cases. We estimate more than 3,000 people and HK$3 billion are involved,” he told AFP.

One investor said she spent HK$1.3 million in swap options for the virtual currency last September.


She said salespersons had told her she would recoup her investment in four months and make around 200-300 per cent profit in one year.


The cryptocurrency was created in 2009 by a computer algorithm designed by one or more anonymous people.


It has since become a form of e-money that offers a largely anonymous payment system and can be stored either virtually or on a user’s hard drive.


But its development has been marred by concerns about links to illegal activities and a lack of oversight.


Tokyo-based MtGox, one of the longest-established Bitcoin exchanges, collapsed due to a suspected theft worth nearly half a billion dollars.