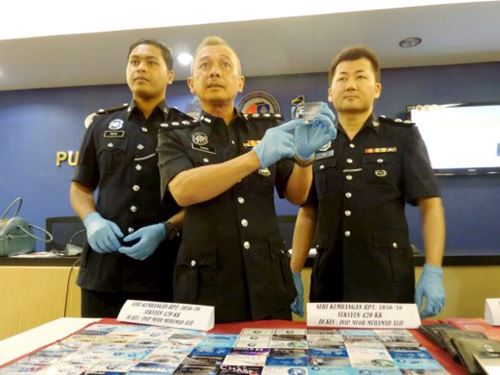 Selangor Commercial Crime investigation department chief ACP Mohd Sakri Ariffin said the breakthrough came when the police acting through a tip-off arrested five individuals including the mastermind on May 18.


The individuals were believe to be involved with a "non existent" foreign exchange trading also known as Forex.


"The suspects aged between 28 and 40 believe to have been involved with fraudulent Forex investments with victims in the cases lost a total of RM5 million," he told reporters in a press conference in Selangor police headquarters here today.


Mohd Sakry said the mastermind, identified as "Money King" lured victims through websites such as "www.nexusfx.com and www.mymoorescapital.com to persuade investors to invest a minimum US$1,000 (RM4,082).


The suspects have been remanded and will be investigated under Section 420 of the Penal Code for cheating and dishonestly inducing delivery of property.


"We also request victims who had invested through the websites mentioned earlier and companies with the name of Real Biz Network and Matrix Galaxy to come forward to police and lodge your complaints," Mohd Sakry added.