On Friday morning, 10 FSA officials entered Coincheck’s premises to gain a better understanding of how the exchange is operating in light of the regulator’s business improvement order imposed earlier this week, an agency official told reporters in Tokyo.


The theft, which follows the disappearance of about $470 million worth of Bitcoins from the Mt. Gox exchange in 2014, sent shockwaves through the global virtual currency community. 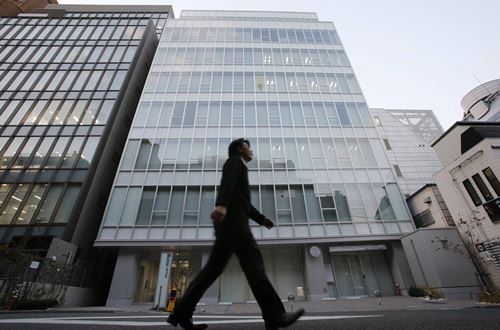 The incident has spurred calls for more regulation at a time when many governments are struggling to formulate a response to the digital-asset boom.


According to Coincheck’s account of the incident, an unidentified thief stole 523 million coins tied to the NEM blockchain project, which were trading at about 94 U.S. cents at the time of the hack.


It wasn’t until around 11 a.m. on Friday morning - about eight hours after the initial breach - that Coincheck staff noticed an alert pointing to a sharp drop in their NEM coin reserves.


Coincheck has until Feb. 13 to to submit a report detailing the causes of the incident and how it will improve internal controls.

FSA officials, who said that this is the first time that they’ve raided a cryptocurrency exchange, declined to comment on Coincheck’s financial condition.


There are 16 registered exchanges, while 15 others have been allowed to operate pending formal approval, the FSA said.

All of them have been ordered to detail their security measures to the FSA by the end of Friday.


Bitcoin and other cryptocurrencies have rebounded from their selloff on Friday, thanks in part to Coincheck’s assurances over the weekend that customers would be partially reimbursed.

The FSA said that Coincheck will be allowed to continue trading Bitcoin and accept yen deposits.


More than $240 million worth of Bitcoin was traded on Coincheck in the past day, according to its website.


One of the victims of the Coincheck heist was Virtual Currency Girls, a newly formed eight-member group that mix wrestling masks with maid outfits to perform songs.


Its management office was paying members with cryptocurrencies and had 2 million yen ($18,240) deposited at Coincheck. - Bloomberg